Washington, DC: Tensions have soared in recent weeks, as the United States and its NATO allies expressed concern that a buildup of about 100,000 Russian troops near Ukraine signaled that Moscow planned to invade its ex-Soviet neighbour.

During a press conference this morning, Dr. Anthony Fauci – Chief Medical Advisor to the President of the United States said this is not the best time for the U.S. military engage in a war against Russia. According to Dr. Fauci, Russia is not following the ROE-19 (Covid – Rules of Engagement) protocols implemented by the CDC last November. Currently, 95% of Russian troops are not double-vaccinated and 100% of their military personnel won’t wear masks in case of a war.

“This war could be unfair and ugly if Russia refuses to follow the CDC guidelines. Going to a war against the Russians under these circumstances could open the doors for new Covid variants, and put American soldiers’ lives at unnecessary risk in overcrowded field hospitals in the war zone. And I don’t think our soldiers are prepared for this kind of ordeal…” said Dr. Fauci.

“American troops could be decimated by maskless and unvaccinated Russian soldiers even before the first shot is fired…” added Dr. Fauci.

Dr. Anthony Fauci also recommended that in case of a war, troops must keep their 6ft social distance at all times before, during and after battles. “The worst thing that can happen during a war is having our troops coughing or sneezing around the enemies. And if you don’t have a tissue, cough or sneeze into your elbow, not your hands, soldier!” – Faucy commented.

Fauci: American troops could be decimated by maskless and unvaccinated Russian soldiers even before the first shot is fired…

As per ROE-19 sanitary guidelines, all military weapons and equipment (except for weapons of mass destruction) must be cleaned and sanitized at all times. In addition to routine cleaning, these armaments must be kept 6ft away from enemies. Shared spaces such as barracks, buffer zones, dugouts and trenches should be cleaned and disinfected more often using surface virucidal disinfectants, such as 0.05% sodium hypochlorite (NaClO) and products based on ethanol.

The U.S. Department of Defense’s spokesperson told The Can News that they will review Dr. Fauci’s recommendations and the ROE-19 protocols prior to sending the troops to Ukraine. “During war times, “safety” is our major concern…” said the DOD spokesperson.

“Mother Russia’s soldiers will only take shots of vodka, and that’s not negotiable…” – said Vladimir Putin

Photos below: Fully-vaccinated and masked, American troops are following all ROE-19 protocols

Ottawa: Canada’s Chief Public Health Officer Dr. Theresa Tam just confirmed that Canada will be following Dr. Anthony Fauci’s ROE-19 protocols and will not send their troops to Ukraine until all Russian soldiers are fully-vaccinated and completely masked.

Dr. Tam went even further to say that Canadian troops engaged in a war will also be required to wear masks during sexual intercourse in the barracks and/or trenches. “You know, casual sex is very common in times of war. Doesn’t matter if your partner is a rank above you or below you, or if your partner likes being on the top, or under… the important thing is that all military sexual partners should wear masks during sex despite the number of partners involved… it could be just a couple of soldiers, or a senior officers’ threesome, or even an army swing party…who knows?”

Watch below Dr. Theresa Tam’s video explaining the importance and effectiveness of wearing a mask during sex intercourse.

> Click here to go to The Can News home page 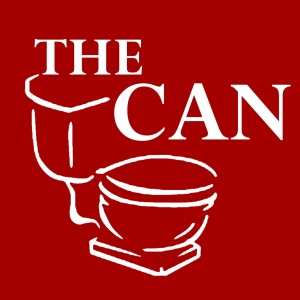